The 2015 escape from prison by Richard Matt and David Sweat from the Clinton Correctional Facility on June 6th, 2015 grabbed national attention. The two men remained free for nearly three weeks until Matt was killed and Sweat captured and returned to the facility. The manhunt itself was enormous, covering the upper state are New York and costing around $23 million. It was discovered that the two inmates had alleged accomplices in Joyce Mitchell and Gene Palmer who both worked at Clinton Correctional.

Here’s where an ex-con like myself finds fault with the escape. While daring, there’s always going to be a manhunt; and unless you can get hundreds or even thousands of miles away you have to keep on the move, rest and eat. The latter often pose the biggest problems especially sleep.

As an inmate, you really only have one goal in life and that’s to be free. But, with the accommodations that were afforded to these inmates at the Clinton County Correctional Facility, why run? Honestly, living in a privileged facility where you have more amenities than max, plus you’re getting intimate with a “real” female – why ruin a good thing?

The Escape from Clinton County Correctional

Both Richard Matt and David Sweat were housed in the Honor Block of Clinton Correctional, a privileged unit that allowed them access to television, shower, a wall mounted telephone, card tables, and even cooking stations. For several nights, Matt and Sweat dug into the wall using tools. Both men were able to gain the tools they needed from contractors working on the site and prison guard Gene Palmer who smuggled the tools into the housing block in exchange for paintings. Matt and Sweat would return the contractor’s tools the next morning and drew no suspicion.

On the night of June 6th, Matt and Sweat breached the outer wall. However, prison employee Joyce Mitchell who had promised to pick them up in her car had stayed at home. The prisoners had no alternative plan and proceeded on foot away from the prison. Both men managed to elude authorities for nearly three weeks. Richard Matt was discovered on June 26th and killed in a confrontation with law enforcement while David Sweat was captured two days later.

The Mistakes that Were Made

A formal investigation was launched by the New York Attorney General at the request of Governor Andrew Cuomo on June 15th. The investigation revealed that it was not a single instance, but rather a series of mistakes that helped lead to the New York prison escape:

Why Escaping From Prison is a Bad Idea

As a former con, I can tell you of the many plans may men laid out to escape from prison, all of them refuted by other inmates. The ones spoken out loud were merely “if only” pipe dreams. The ones not spoken about were often times carried out.

The problem with escaping from prison is that you’ll forever be hunted. There really is no true escape from prison unless you can make it to a country without extradition. But, most countries will not accept someone on the run, especially if the charges are major (murder, rape, etc). You’ll forever be hunted while on the run. Forever looking over your shoulder, not trusting anyone and never settling down in one place for too long. Then again it all depends on the length of your sentence. It’s best to deal with your incarceration head on, and Jail Guide can help without being an accomplice. 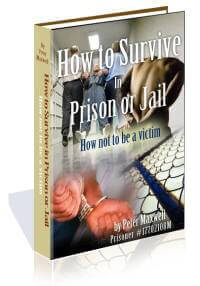 To help you survive facing time behind bars and not considering prison escape, you’ll need to know what to do in order to make it through unscathed. The Jail Guide How to Survive in Prison guide contains all the details that you need to know so you can protect yourself in this hostile environment. Do not wait, order today if you are looking at going to prison so that you can be fully prepared for the most common events that occur behind bars and you never have to contemplate escape from prison.

More information about the 2015 prison escape can be found at this wiki: 2015 Clinton Correctional Facility escape