A prison strip search is necessary to HELP keep guards, inmates and other staff safe. A properly conducted strip search in any jail or prison helps to keep drugs, weapons, notes, cell phones out of the prison system and out of the hands of inmates.

Some may think that strip searches are degrading and that the necessity for them stems from the need to break the spirit of a prisoner.

While this may be the case in some forsaken hellholes with untrained and malicious staff – this is not necessarily the case of most modern prisons.

The very first thing about prison strip searches that you must understand is that the guard has nothing against you. The corrections officer simply wants to be able to go home without being injured, or their coworkers injured; or having any other inmate that they monitor injured as well. Put this into perspective when considering the amount of weapons that could be in any prison system if strip searches weren’t performed. So don’t take being strip searched as a personal affront.

Take for instance the necessity of the strip search itself. With so many drugs and weapons being brought into the system this is simply one tool to thwart the influx of these items. As well, the need for officer safety.

Most of my fellow inmates barely gave it a second thought – but as a thinking man, and basically all there really is time for, I questioned the need for my own safety.

How is a Prison Strip Search Done?

Prison strip searches are performed on inmates coming back from court, after a fight, when a guard believes something was stolen or may be hiding something the inmate received from someone on the yard during rec-time.

How a strip search is performed on someone already incarcerated:

How a strip search is performed on someone arrested and entering a county jail:

When someone is first arrested and unable to make bail, they will be housed in the county detention center. They will most likely not be able to wear their street clothes as doing so often causes fights and theft. So a defendant will be dressed out

Putting a strip search into perspective; it’s basically to stop the trafficking of weapons and drugs into the prison system; and while I could care less about the dope – it was the weapons that worried me. While I had no mark on me, the danger was still heightened that you kept a very close eye on the things going on around you.

The drugs brought into a prison often lead to weapons. You need weapons to protect the drug flow, sales and protection from other inmates who want to take your drugs. 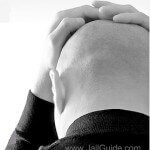 So you could imagine that with strip searches comes the calm knowing that no one person was armed so keep that in mind when and if you are strip searched. consider that is is for your safety and you’ll get through it.

11 thoughts on “Prison Strip Searches and Why”

OK - get a good cry out
and lets get down to
the business at hand,
saving your ass...